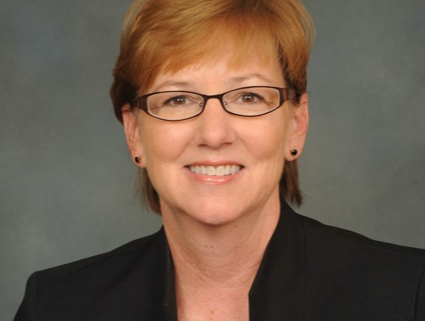 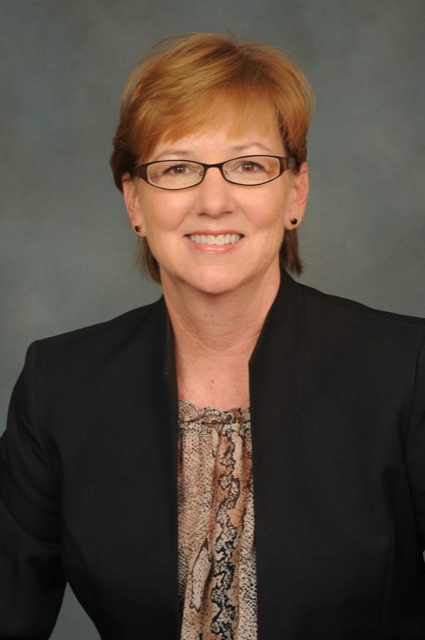 It’s not every day your PR efforts catch the attention of and inspire action from the President of the United States—but it’s not a surprising feat if you talk to the colleagues of seasoned public relations pro Lisa Lochridge.

Known for being an impactful leader, a trusted counselor and calm and collected under pressure—the recently retired communicator, has driven public affairs efforts for Florida Fruit and Vegetable Association (FFVA) straight to the White House, helped transform newsroom reporters at the Orlando Sentinel into camera-ready spokespersons and led strategic communications for clients across Central Florida.

In this interview, Lisa shares how she grew from a 10-year-old girl determined to be a newspaper reporter (a goal she promptly accomplished at age 19) to a national communications leader and spokesperson on behalf of Florida’s farmers—and how writing, perseverance and earning her APR helped along the way.

After 14 years at FFVA, we’re sure you had your fair share of PR wins and challenges. Can you share a challenge you faced from a communications standpoint and a big win?

A big challenge came in 2008, when the FDA announced that tomatoes from Florida were causing people to get sick with salmonella in a national outbreak. It advised Americans not to eat Florida tomatoes. It was a disaster for growers, who had tomatoes they couldn’t sell. We worked for weeks telling the FDA, CDC and the media that the source couldn’t be Florida tomatoes because they weren’t being sold where the majority of people were getting sick. The FDA and CDC finally decided that the cause was peppers from Mexico. But by then, the damage had been done.

A win was a media campaign we implemented last year when COVID arrived in Florida in March. The pandemic caused a massive nationwide disruption in the food supply chain as restaurants, hotels, theme parks, cruise ships, schools and hospitals shut down. Consumers stopped buying fresh produce at the grocery stores. We launched a plan to get the attention of the Trump Administration – and the President himself – to secure federal aid to help farmers who had lost millions of dollars.  Our targeted campaign resulted in a significant amount of national coverage from outlets including the New York Times, The Washington Post, CNN, ABC, NBC, CBS, FOX, Associated Press and more. In April, the U.S. Department of Agriculture announced the Coronavirus Food Assistance Program. During a press conference, U.S. Agriculture Secretary Sonny Perdue said the president had seen the news coverage and directed him to do something to help. It was rewarding, but it was borne out of a terrible situation for Florida farmers.

Your career included time as a journalist, time as an agency pro, and time as the head of public affairs at FFVA. What is something you took from each position?

Journalism was my first love. I decided when I was 10 that I wanted to work at a newspaper, and I was fortunate to land a job at the Orlando Sentinel, my hometown paper, at age 19. Over my 21 years there, I learned perseverance and enterprise in the pursuit of a story, and I honed my writing, editing and management skills. So many of the friendships formed there I still have today. Even with the advent of 24-hour cable news in the 1980s, newspapers then were still vital and thriving. Every day, we’d show up to work and put together a paper full of the day’s most important news to be read the next morning by almost 400,000 households. And then, we’d do it all over again the next day.  I vividly remember the hum of action in the newsroom as we covered stories such as the Challenger disaster, the assassination attempt on President Reagan, the Jonestown massacre, elections too numerous to count, deadly tornadoes, hurricanes and more.

Agency life at CBR Public Relations was my gateway out of journalism. It’s commonplace today, but in 1999 it was rare for someone to leave the newspaper for a job in another field, including public relations. I learned how to use my skills in new ways to bring value and results for my clients through strategic communication. I owe much to my mentor there, Carolyn Reis, who showed me the ropes. She and I are the best of friends to this day.

At FFVA, I learned the value of working in coalitions to achieve goals. So many of the issues in agriculture are regional or national in nature. To show unity and achieve results, agriculture organizations must form alliances for their voices to be heard in Congress or regulatory agencies. And of course, effective strategic communication lies at the heart of those efforts if they’re to be successful.

How did each of those positions shape your professional career?

I’m so fortunate that every job I’ve held taught me so much. I was able to build on my experience and skill set as I moved to each new chapter.

When I first started in journalism and later in agriculture, both were pretty much male-dominated fields, and that brought challenges. At the paper, I made a point to learn from strong women reporters and editors, to speak up and to stand firm. I was the first woman hired at the director level at FFVA, and in the early days more often than not I was the only woman in the room during meetings. I drew on my self-confidence to work alongside a very strong team at FFVA and other colleagues in the industry to help find solutions to the never-ending challenges that farmers face. Today, there is more diversity in the industry.

What was your favorite part about working at FFVA?

The best part of my job was spending time with FFVA’s members on their farms and in their packinghouses. I’ve gotten to know so many, and I consider them friends. I appreciated the time they graciously spent with me and our team as we worked to tell their stories. They were always agreeable when I asked them to speak to reporters and to go on camera for interviews when it was necessary. In addition, I had the enviable position of working with a team of experts at FFVA who are known statewide and nationally as being the best in the business. We were a family. We knew each other, and we cared for each other.

What was your favorite part about working in the communications industry?

How did PRSA help shape your career? What advice would you give to prospective members about joining?

PRSA has been invaluable for the networking and the professional development. I have so valued having a network of the best and brightest PR pros in Central Florida whom I could call upon with a question or a challenge. The program offerings at the chapter level and the webinars and other tools at the national level are great resources. I would urge any practitioner not already plugged in to a chapter to do so. The rewards are great, and the investment is worth it.

What’s your favorite memory or program from PRSA?

Hands down, my favorite memory is earning my APR. I was sure I’d bombed on the exam. Back then, you had to wait for notification by letter. I was so relieved to receive an envelope addressed to “Lisa Lochridge, APR.” With accreditation, I no longer felt like a former journalist “doing PR.” It validated me as an accomplished PR professional.

The PR industry changed a lot over the course of your accomplished career. What changed the most and where do you see the industry going?

This is stating the obvious, but digital communication changed everything and will continue to do so. Way back when, we couldn’t have imagined social media and the monumental role it would play in reshaping our industry. What hasn’t changed, though, are the fundamentals of a strong PR practice and the role of ethics in our profession. To succeed for your client or organization, you still need clear objectives, strong strategies and effective tools and tactics. I don’t have a crystal ball to predict where the industry is going, but with the post-truth advent of disinformation, “fake news” and “alternative facts,” I foresee challenges ahead to navigate.

What are you most looking forward to during retirement?

Spending more time with our children and grandchildren. Travel, when it becomes doable again. And not setting an alarm every morning.

We also sat down with a few colleagues of Lisa’s to learn more about the accomplished communications pro from those who worked with her. Here are their takes:

Lisa taught me to not sweat the small stuff and instead focus on the impact.
– Alyssa List, Director of Marketing and Communications at Wilson & Girgenti

Lisa was a fantastic boss who taught me that the possibilities for a traditional newspaper journalist weren’t limited to writing government stories, lifestyle features, and the police blotter. Looking back, I would describe Lisa as hard-working, passionate, and adventurous. That last characteristic served her well when she was tasked with turning a bunch of ink-stain, hardened journos into television reporters as part of a joint project with Time Warner Cable called the Full Service Network.

In many ways, the project, which provided on-demand movies, home shopping, news and other services to a test group of about 4,000 homes, was a precursor to today’s streaming services.
– Robert Perez, Director of Content Strategy and Development at The Institute of Internal Auditors

We have been PR soulmates since 1999 when she joined me at a local PR firm following her 21-year career as a journalist and editor at the Orlando Sentinel. She took to PR like a duck to water. The clients we worked on together were significant and impactful. She taught me the confidence and clarity that comes from having an unwavering moral and ethical compass. Hard decisions become easier. In times of crises, it brings a calm, assured voice to the table.

But my most profound memory is the day of 9/11. When the second tower fell, our entire staff gathered in the conference room, stunned and in shock, and Lisa led us in prayer. I recall that memory every year on the anniversary, and it still gives me goosebumps.
– Carolyn Ries, APR, Owner at Reis Corporate Public Relations 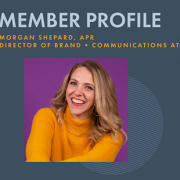 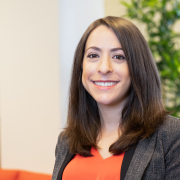 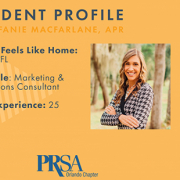