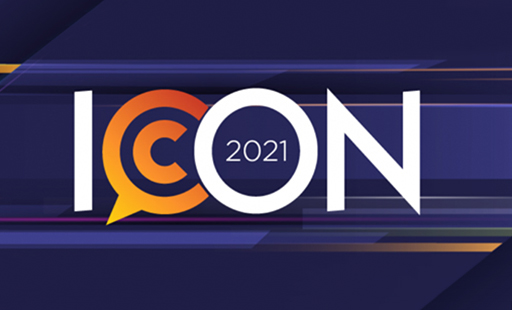 I, like probably most of you, was a bit heartbroken when word came down that this year’s international conference was once again going to be taking place virtually. This was supposed to be OUR year after all… the year that Orlando hosted the best PRSA ICON ever! I was fortunate to receive one of the PRSA Orlando chapter scholarships to International Conference this year, and – as one does – I opted to try to make lemonade out of lemons and glean some knowledge from the speakers and presenters throughout the two-and-a-half-week period that comprised this year’s ICON. I hope you’ll find some of what I learned helpful, too.

Admittedly, I was running to catch a plane as this session was going on, so I was listening in from my phone in a crowded airport, but c’mon… it was a Zuckerberg! I had to try to glean as much information from her as possible! Speaking of possibilities, she suggested we do the impossible, but since she suggested it to me, I’m going to throw it out there to you as well. Best of luck to you.

If you want to be truly excellent and committed to something you have to give yourself permission to be well-lopsided, not well-balanced. Her mantra for this is what she termed “Pick 3,” which means that on any given day, she is choosing to focus on three things from the list of work, sleep, family, friends, and business, because if you try to be everything to everyone, you end up pleasing nobody.

The description of this panel discussion alone was enough to draw almost anyone in… “for businesses and CEOs, the trust equation has shifted, and it is alarming. They face a barrage of new threats on top of the usual ones: disinformation campaigns, pressure to speak and act on volatile social and political issues, cybersecurity threats against corporate and personal data, and mistrust and cancelling of mainstream media–key channels they once used to build trust.” As someone who acutely (and painfully) experienced several cancel-culture social media campaigns on behalf of a client within the past 12 months, I was ready to wear a neck brace after this session knowing how much nodding I’d be doing. What I didn’t realize was just how fascinating it was going to be to hear from Pfizer’s Chief Corporate Affairs Officer about her experience during the previous 18 months. All three panelists eventually came to the conclusion that ultimately, public relations professionals need to be able to “move at the speed of trust,” which means that we need to be able to convince the C-Suite that we’re going to have to consistently show up and that may mean informing our stakeholders that communicating effectively with them may take some time.

Fred Cook is a friend to the Orlando chapter; he came to speak to us while I was the chapter president in 2016, so I definitely wanted to check out his presentation at ICON. During his presentation, he touched upon the increasing expectation that the public has of companies and their CEOs to be more involved in social issues. At the USC Annenberg Center for Public Relations, where Cook serves as the Director,

they have developed an approach to measuring and managing polarization – “The Polarization Index” – which is designed to generate a score that says how high the level of polarization is in a country. This index looks at a portfolio of controversial issues from the point of view of engagement, political bias, and misinformation. The Polarization Index is taken from the perspective of the media (both traditional and social), and as one might imagine, the most controversial issues tend to generate the most misinformation. Businesses can help manage and reduce polarization; that’s where communicators come in. If we are given the information about polarization that is accurate and reliable, we can use that to help manage the misinformation on these topics. At the time of ICON, the latest Polarization Index had not yet been released, but it has been since, so you can head to https://thepolarizationindex.com/ and download it now if you’re curious to learn more.

October 13: How to Tell Stories That Change Minds, Inspire Action, and Get Oprah’s Attention

One of the areas that I’d like to strengthen professionally in the coming months and years is my ability to identify and tell stories of diversity within my client’s organizations, and to do so in a way that advances the best interests of everyone involved, so I was intrigued by what this presentation could educate me about. Plus, who doesn’t want to know how to get Oprah’s attention? During this session, we discussed the importance of cultivating a culture of curiosity and looking more closely at whose voices might be missing from the important conversations. In doing so, it may become increasingly clear to us that we’re not listening to some of the audiences we should be hearing. Likewise, are there themes that are either being left out entirely from our messaging or are we missing the mark among certain audiences? Are there ways we can refine or fine-tune those messages? And lastly, how can we amplify our messages so that our intended audiences are best hearing them? I definitely left this session with some food for thought and – I think – a better approach to stories and campaigns moving forward.

October 14: Politics at Work: Safeguarding Reputation in the Age of Employee Activism

I had the pleasure of working with Jon to pull together a networking event between members of PRSA’s Independent Practitioners Alliance and the Counselor’s Academy during the ICON held in Austin several years ago, so it was fun to see him in a more ‘professional’ setting during this ICON session. Maybe it’s the fact that I wanted to be a lawyer in a past life, but the topic of First Amendment rights always gets me a little jazzed. During Jon’s presentation, he brought up some pretty staggering statistics. More than 70% of workers believe they have the capacity to change the world more than the organizations they work for. And, 8 out of 10 employees say they know they are likely risking their jobs when they speak out publicly on contentious issues, but that doesn’t stop them from doing it. So now – especially during a time when the “Great Resignation” is upon us – how do organizations strike the correct balance between treating employees lawfully, encouraging their personal activism, and protecting themselves again public cancellation? During his presentation, Jon suggested: understanding the law and the laws that apply; establishing clear policies and guidelines; having a plan that reflects the current political and social environment; listening intently to employees and what they are telling you; and ensuring that policies and practices are applied equally.

When keynote speaker Yamiche Alcindor took the stage… er, screen… it just so happened to be the day that General Colin Powell had passed away. She acknowledged that while he certainly was a man with faults, she was aware of the irony that her presentation that day would be focused on civil discourse, and it would be remiss of her to not recognize how much he had done to push for civility during the course of his lifetime. She quoted General Powell during a commencement address he gave at Howard University in 1994, stating: “Never lose faith in America. Its faults are yours to fix, not to curse. America is a family: There may be differences and disputes within the family, but we must not allow the family to be broken into warring factions. From the diversity of our people, let us draw strength and not seek weakness. Believe in America with all your heart and soul, with all of your mind. Remember, that it remains the last, best hope of Earth. You are its inheritors, and its future is today placed in your hands.” Alcindor went on to state that we are at a crossroads between the decaying of truth and a racial reckoning in America that has only just begun. She questioned “how did we get to this point? How did we get to the point where disagreements beget violence?” She said she is often asked why she became a journalist, and she laughed a little as she cited the late Congressman John Lewis’s concept of getting into “good, necessary trouble.” She uses journalism as a way to help create a beloved community, to make a difference. And she understands that – as communicators – public relations professionals are doing the same thing. She encouraged PR practitioners to be authentic, genuine, and truth-telling, and to continue to get into that good, necessary kind of trouble.

October 20: Inside Delta’s First-Class Response to the Pandemic

On last day of ICON, we heard from three Delta employees who shared the stark realities from inside one of the travel industry’s most recognized brands as it related to the COVID-19 pandemic. Talk about a fall from grace. 2019 had been the strongest year in Delta’s history. The company’s CEO had kicked off the largest international consumer electronics trade show, CES, in early 2020, and Delta had given away $1.6 billion in profit-sharing in February. As Trebor Banstetter described it during the session, “We were at the highest of highs, and we had huge plans for 2020 and beyond.” Enter COVID-19. Within hours, every employee at the organization was unsure or whether or not they’d even have a job, and logistics such as ensuring employee safety, answering questions about upcoming flight plans, and trying to grasp who was working remotely and who had to come into the office were at the top of everyone’s minds. Think about it… this was an industry that had survived 9/11, and yet they still considered COVID-19 a threat beyond anything they had ever prepared for. As one of the panelists stated: “This turned out to be much, much worse. It was so much swifter and deeper in scope.” As PR practitioners do, they leaned on one another and started to form plans and teams to work through the hard times together. They knew there would need to be round-the-clock communications to a variety of audiences, both internal and external, and it became their sole focus to ensure that everyone who needed to be kept up-to-date was. As many of us were, they too had to make up the playbook as the hours turned to days and the days turned to weeks and the weeks turned to months. Collaboration became the name of the game, and while there were certainly stumbles along the way, there were also best practices to come out of the trenches, some practices which are still in place today and will likely be in place for years to come. Will the airline industry ever return to what it was pre-COVID? Probably not. In much the same way as it will never return to what it was pre-9/11. But it has adapted, and so will its users. And at the forefront of helping people learn to adapt have been communicators. What we do matters.

A Message From Our President – December 2021

PRSA ORLANDO – WHAT WE LEARNED AT SUPPER
Scroll to top