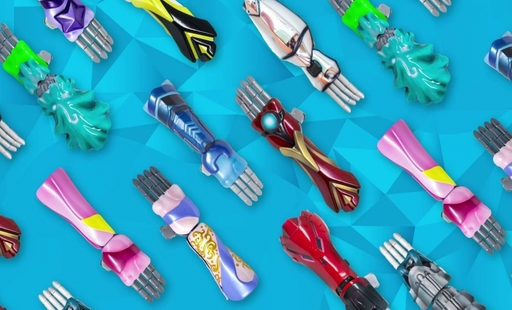 “Inclusive design doesn’t mean you’re designing one thing for all people. You’re designing a diversity of ways to participate so that everyone has a sense of belonging.” – Susan Golstman

Limbitless was founded in 2014 by Dr. Albert Manero and a group of students after a mother reached out to Manero for help in creating a prosthetic arm for her son. Manero and the team found an affordable alternative by using 3D-printed material and sensor stickers to be placed on the child’s skin to activate the prosthetic when muscles are flexed. Limbitless has since become a nonprofit organization based at the University of Central Florida and has enhanced the capabilities and design of their prosthetic arm. The non-profit gained notoriety after partnering with Iron Man himself, Robert Downey Jr., to deliver a prosthetic arm to then 7-year-old Alex, who was born with a partially developed right arm.

Here are some highlights:

Approach to inclusive and accessible design:

The benefits of a diverse team:

What’s on the horizon:

Action items to promote inclusivity in the limb difference community and beyond:

The August program was sponsored by Curley & Pynn Public Relations.